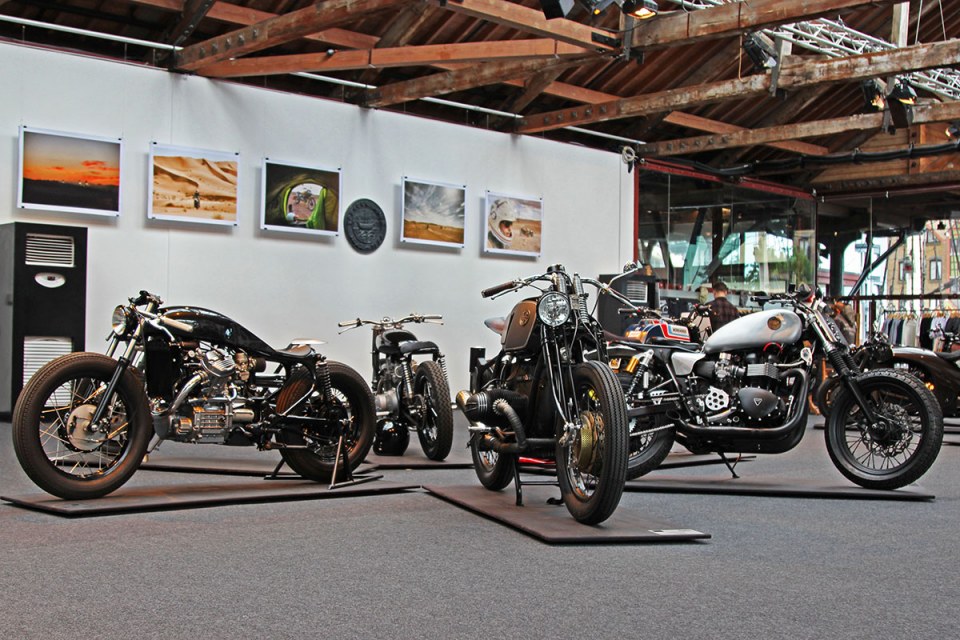 We think that The Bike Shed London doesn’t have to be explained or introduced for anyone how is into custom bike scene. But as shortly as it’s possible for the ones who are new to it, this is one of the biggest events in the world. The numbers for this year edition are just amazing. There was 219 custom motorcycles on display and 14000 people that went through the venue in 3 days! It all happen in Tobbaco Docks in London, place that has a perfect architecture and vibe for the custom bike show.
Bike Shed London 2017 inclusive pretty much everything from custom motorcycles - starting with stock customs from dealers, custom collaborations with dealers, pro builds, semipro, shed builds, ending on clothing, apparel, tattoos and barbers. Organizers put heaps of work to select the best of the best for the show. That`s not all - the idea for the exhibitors was to run premiers of their projects at the show. So basically, hips of builds rolled out for the first time from garages/sheds to the floor of Tobbaco Docks. And that leads us to Ventus Garage newest project - the “13”. “Thirteen” is a flat tracker based on Suzuki GN400, shown to the public for the first time at this show. We were super honored to be invited as an exhibitor and even more thrilled from the response of the public on our work.
Photos that you see here and in the second part of this short relation is just a tiny part of the show. To see how amazing it was, you have to take part in Bike Shed London 2018!
In this place we want to thank the Bike Shed crew for putting this most unbelievable show together. Thank you Bike Shed London 2017, see you on Bike Shed London 2018.