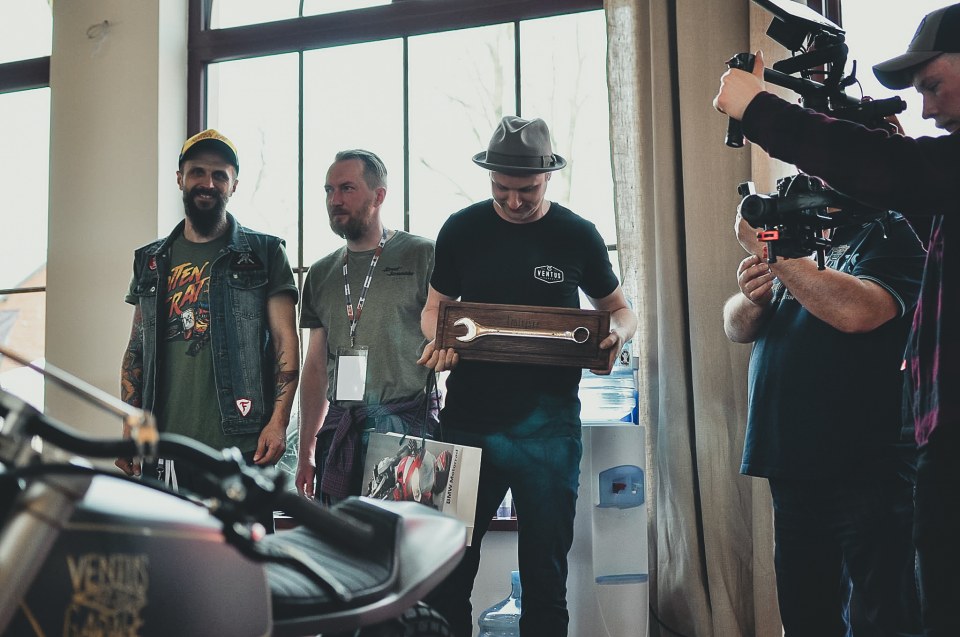 Custom Days - motorcycle culture alternative show this event is dedicated to motorcycle in an alternative way. In one place at one time, we will gather, machines and people who deal with their creation, organize bike events or ride outs, produce, sell parts, apparel, accessories etc. and those who simply ride and love them. That’s how organizers were describing first edition of the show that was held in north Poland in Przywidz near Gdansk. Beautifull concept that we knew that we can not miss. On the show there was more than 50 bikes including two of our ones based on Suzuki GN400 and Yamaha XS650. We feel extremely proud as our flat tracker won the spectators most beautiful custom award. We hugely appreciate that as such titles are giving us massive motivating kick to build the unique projects to its highest standards. Thanks to all that visited and be sure we are comming back next year to this event. But now we invite you all to Przywidz ski resort where in August there will be opened a massive motorcycle center. There will be events, concerts, races and much much more!